This week was the American Academy of Sleep Medicine’s annual meeting in Seattle, appropriately named “SLEEP 2009”. 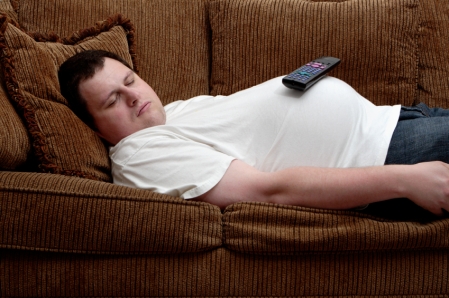 This Guy Is Becoming Famous

In the midst of some fascinating studies into how we spend a huge part of our time on this earth (sleeping), were some amusing (to me) acronyms.

So for example, the following 3 were my favorites:

Is it just me, or do you find these to be a little ditsy for a scientific conference? But it got me to thinking.

Why not make up an acronym of my very own!

I can do this.

The first one I came up with is going to be very useful for me personally.

It’s 5 o’clock Somewhere In The World

Although it’s not Hemingway, the process of creating it did get the juices flowing. OK, now stick with me on the next one.

Those of you following the blog probably have noticed that every once in a while I throw in the phrase “for those of you in Rio Linda”. I picked this up from a radio personality, but I’ve actually got the chops to use it. Because I married into a Rio Linda family; there I said it. Out of the closet.

So naturally, something to replace “for those of you in Rio Linda” would be a big time saver. The brute force substitute, FTOYIRL doesn’t exactly roll off the tongue. We need to get a little creative.

As a first step, I decided to just drop “in Rio Linda“ from the acronym. That gets us down to FTOY which is better, since it’s shorter. Plus now it will be more flexible and work with any location in the world.

There is one problem with FTOY which is pronunciation. It’s important that our acronym be a) easy to say, and b) sound catchy. There are two possible ways to pronounce FTOY:

It’s time for some ‘outisde the box’ thinking. Our solution will be some common tools used in Chat Texting, or Chat Acronyms as they are sometimes called. With these new conventions, we can change the Y for You to just U. As in the text message “How RU?” Got it?

Getting closer. Our acronym is now FTOU, which is very much better. This could be pronounced F TO U. Not bad at all. Almost reminding me of a well known European clothing line. So this is our very first acronym!

But wait, there’s more. Let’s see if we can go further and modify FTOU into a shorter, bolder, acronym for the texting user. We’ll dig back into the Chat Acronym bag and just substitute the number 2 for the word TO. And there you have it: F2U, our second acronym, or alternative if you will.

Stands For: For Those Of You…

The new acronym could be used in a sentence as “F2U in Rio Linda”, or “F2U in West Palm Beach”. Rolls off the tongue, doesn’t it!

There’s just one final tweak that will put this creation over the top. Prepositions, articles and conjunctions are usually left out when forming acronyms; therefore it’s OK to ignore the “in” as we apply our acronym.

So in actual usage we will be writing “FTOU Rio Linda” or texting “F2U Rio Linda” and the “in” would be understood.

And there you have it, the making of a World Class Gold Standard Acronym.