Full disclosure right off the bat: I’m a total Google Fan-Boy, even though in my case the term “boy” stopped being appropriate over 50 years ago.

I’ve talked before about how Google changed my life, and the life of virtually everyone else on this planet, by ‘organizing the world’s information’ and making it available. But when you have huge changes you also have large unintended consequences.

One of those is the fact of too much information (about ourselves) becoming publicly available. If you have more of your life behind you than ahead of you it’s not as bad as if you have most of your life still to come.

He predicts, apparently seriously, that every young person one day will be entitled automatically to change his or her name on reaching adulthood in order to disown youthful hijinks stored on their friends’ social media sites.

It’s a nice try Eric, but this genie’s already out of the bottle.

To me it sounds like Schmidt’s got some bright anthropologists on retainer and is proposing that some sort of digital walkabout for our young people will make the problem go away. But the real point is that this is an issue for everyone, not just our kids.

Spend a few minutes actually thinking about his idea and you quickly come to realize how out of control things have become for most normal (non-geek) people. This new reality can be good or bad, depending on your perspective.

“I actually think most people don’t want Google to answer their questions,” he elaborates. “They want Google to tell them what they should be doing next.”

Let’s say you’re walking down the street. Because of the info Google has collected about you, “we know roughly who you are, roughly what you care about, roughly who your friends are.” Google also knows, to within a foot, where you are … If you need milk and there’s a place nearby to get milk, Google will remind you to get milk. It will tell you a store ahead has a collection of horse-racing posters, that a 19th-century murder you’ve been reading about took place on the next block.

Meanwhile, our future is undoubtedly known to those same anthropologists whispering in Schmidt’s ear.  It’s that we will all have to adapt. And, some of us will be better able to adapt than others. You can run, but you can’t hide.

Once again, winners and losers.

And I have only one word for the rest of you… 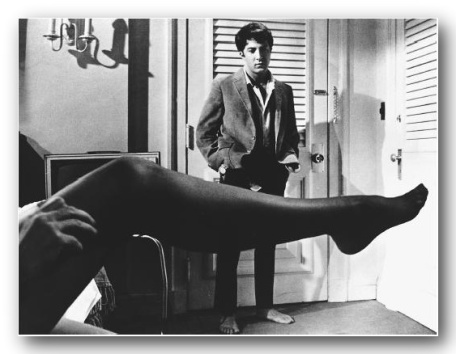 « Better Than Jail Time, It’s The Day-Fine
Pynch Me, The Economist Quotes The Onion »