NYC Notes: It’s Getting Harder And Harder To Do What I’m Told

I always do what I’m told, as long as I can understand what’s expected. Which, during our week in NYC, was easier said than done.

For example suppose you are on a NYC subway and have an emergency. What you are expected to do depends on what kind of emergency is in progress.

If you stop and read the instructions, they actually say not to pull this emergency cord in case of fire, medical or security emergency. Hmmm. 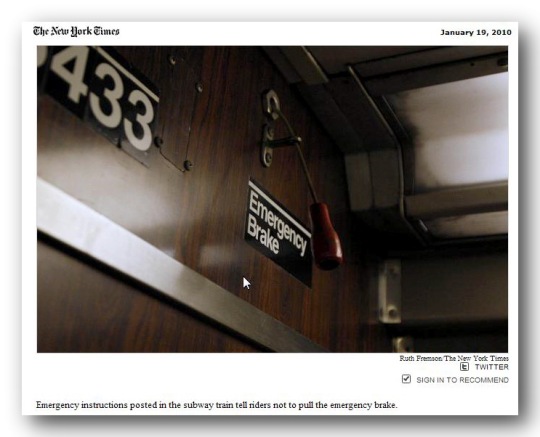 Think Long And Hard Before You Pull That Cord

Then we came across this signage near a fire house. 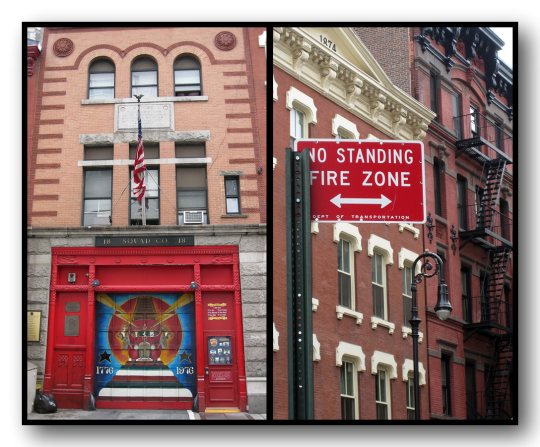 Not What We Thought

As we were standing there, a huge ‘Hook and Ladder’ truck pulled up to back into the firehouse. When I stopped to take a picture Leslie pointed to the sign that was directly over my head and asked me what it meant.

Since I grew up in NYC I pretty much ignore signs altogether, but explained that it meant you couldn’t Sit in a car while it was parked in a  No Standing zone. Which is actually pretty funny when you think about it.

But when I did the Google thing, here’s what I found:

What people generally understand as “parking” is legally divided into three categories: parking, standing and stopping.

So No Standing really refers to a ban on unloading merchandise. You know, all those delivery trucks that park (Stand) in the street while they unload packages.

And if you want to put a number on that, a ticket is worth $115 for the City of New York.

Who would have guessed?

All of which says to me that it really is getting harder and harder to do what you’re told.

« NYC Notes: I’m Not A Traveling Tool, Really
Hey BP, This Barrel’s For You! »

One thought on “NYC Notes: It’s Getting Harder And Harder To Do What I’m Told”